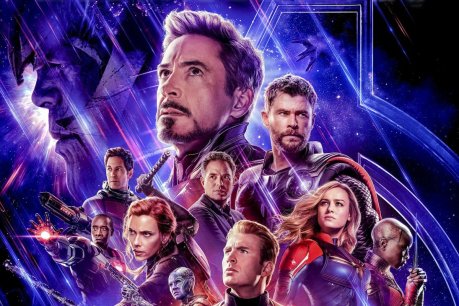 Avengers: Endgame picks up after the events of Infinity War which saw the Avengers defeated by Thanos who had used the Infinity Stones to wipe away half of all life in the Universe. Only the original Avengers remain, Iron Man (Robert Downey Jr.), Captain America (Chris Evans), Thor (Chris Hemsworth), Hulk (Mark Ruffalo), Black Widow (Scarlett Johansson) and Hawkeye (Jeremy Renner) along with some of their allies, War Machine (Don Cheadle), Ant-Man (Paul Rudd), Rocket Raccoon (Bradley Cooper), Nebula (Karen Gillan) and Captain Marvel (Brie Larson). Each of them deal with the aftermath of Thanos’ actions differently but they come together when a chance presents itself to save those who have vanished and they set out to defeat Thanos once and for all.

Screenwriters Christopher Markus and Stephen McFeely and directors Anthony and Joe Russo who all worked on Avengers: Infinity War return for Endgame and do a great job in balancing the action spectacle alongside the human drama as the characters cope with their loss and grief.

Whilst Avengers: Infinity War had the difficult task of balancing so many characters Endgame is able to focus on the original six Avengers who are the heart of the Marvel Cinematic Universe (MCU). As this is their swansong as a team all the actors rise to the occasion giving some of their best performances to date.

As Avengers: Endgame serves as the conclusion of the MCU so far, the action sequences are the best seen in any superhero movie which all adds to make Endgame an epic event for fans. Each Marvel hero does get a chance to shine with lots of these moments being added purely for the fans but after 11 years and 21 films they have definitely earned it!

Avengers: Endgame at three hours runtime is a long film though it never feels like it as there is so much to entertain. The filmmakers have managed to deliver a satisfying conclusion to the Infinity Saga which mixes both emotion and action making this a must-see film for all Marvel fans. Simply put, Avengers: Endgame is the best Marvel film to date!