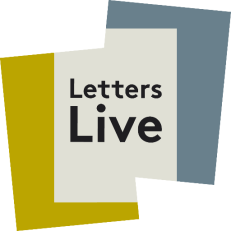 Letters Live began life as an idea conceived in a pub in London by two book publishers in 2013 who were looking to promote two recently published books that celebrated letters.

Little did they know back then how this event would grow taking them to Edinburgh, Dublin, Los Angeles, Hay on Wye, the refugee camp in Calais and now the Freemasons’ Hall in London.

With the advancement in technology over the years the art of letter writing is dying, people are now more likely to communicate via emails, text messaging or social media. But none of those methods will connect you to the sender as opening and reading a letter does.

Having not attended a Letters Live event before I was at the opening night of the new run (4th-8th October 2016).

With each performance you have no idea what you will hear or who will be reading that night which really adds to the experience and ensures no two nights are the same.

Each letter is briefly introduced to the audience, by actor Paul Ryan, giving them the circumstances behind which the letter was written.

With each letter the audience is taken through a range of different emotions with each word giving them an insight into the person behind them.

My personal favourites on the night were Jude Law reading Frank Sinatra’s response in 1976 to columnist Mike Royko of the Chicago Times, who had been critical of Frank’s arrival in Chicago for a live show, with Sinatra telling him ‘Quite frankly, I don’t understand why people don’t spit in your eye three or four times a day’.

Charlie Heaton reading a letter written by a 17 year old aspiring actor to Oscar winning Director George Roy Hill in 1974. He believes that George should be the one to ‘discover’ him as he is sure that people will pay to watch him in films. He ends the letter saying that he doesn’t wish to be a Hollywood superstar, ‘just a hometown American boy who has hit the big-time, owns a Porsche, and calls Robert Redford ‘Bob’. The teenager writing the letter was Thomas J Hanks.

And Noma Dumezweni reading a beautiful letter from Helen Keller, who was deaf and blind from an early age, to Dr. John Finlay in 1932 who had asked her what she had ‘seen’ when she visited the top of the newly opened Empire State Building. In the letter she tells him ‘There was Hudson – more like the flash of a sword-blade than a noble river. The little island of Manhattan, set like a jewel in its nest of rainbow waters, stared up into my face, and the solar system circled about my head!’

With Kelvin Jones and Keaton Henson providing the music to open each half, Letters Live is a truly unique and inspiring experience with the added bonus of knowing that all monies raised goes to support the charities – First Story, Ministry of Stories and Help Refugees.

For anyone who hasn’t attended this event I can’t recommend it highly enough.

You will leave thinking of the lives you have just had a glimpse into along with the hope that the tradition of letter writing undergoes a revival.

Letters Live will return in Spring 2017